Formed in 2000, Green Hippo has grown from a specialist manufacturer of bespoke solutions to one of the leading players in the ever growing field of scenic video. The company’s award winning Hippotizer? range is now in its fourth generation and can be found providing real-time video playback for television sets including Eurovision, The Academy Awards, the Super Bowl halftime shows. Theatre spectaculars such as Love Never Dies in the West End and American Idiot on Broadway utilise the system due to its flexibility during production periods and concert tours for artists such as Beyonce, Jay Z, and Madonna have proven its reliability out on the road. 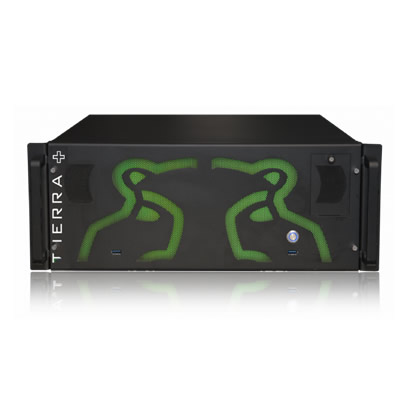 Every V4 system features front panel indication of system status, as well as removable hard drives as part of the STRATA Cadd...